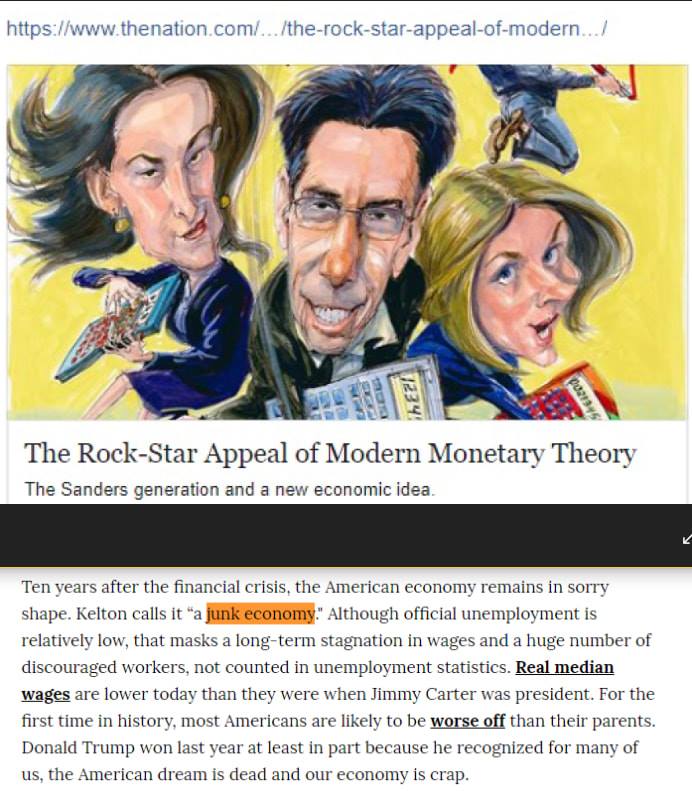 Because they lack understanding in economics, willfully decisive people with click bait for personal gain or are pushing an agenda while claiming they are looking out for you.

In case you are not aware initial jobless claims have hit a low not seen since 1969. This is great news because it supports the other wealth of data indicating the economy has never been better.

With historic job openings that exceeds the number of people looking for jobs, (basically a labor shortage.)

Months a way from the longest economic expansion in history

Houshold nentworth has never been higher.

Wages are growing faster than inflation.

The list is endless! Everywhere you look at the data it’s all good till its not. Thata okay it’s natural and healthy. But for the last 10 years everything has kept on improving.

Unfortunately, this is bad for business for the doom and gloom, anti American pushers. Sonthey resort to desperate measures of lying and misleading people with garbage charts and data. One such person that has been desperately trying to push the doom narrative is Warren Mosler the father of MMT and his boy band. For 5 years in a row on Moslereconomics.com all he has done is to find negetives in data while omitting the net positive effects on the economy.

It burnes Mosler to see things go well. It destroys his ambition of being a politician and to push endless free stuff for a vote while creating socialism for th top 1% with assured trillions upon trillion in savings for himself and his top 5% friends. He cannot accomplish these goals if America is Great and getting better. How will he fool people who are not desperate and will listen to any kind of nonsesne to push his personal agenda? Not possible. That is why he and his crew have been laughed at worldwide.

These tactics and approach to fool people are not unique to Mosler his #MMT boy band. Remeber Peter Schiff? Ron Pual? The Librrstarian TEA party? They all did th same things.

The only way to know what is good for America, for your country you and your family is to be educated in math facts and data. That is what I and others here are doing. Telling people the truth no matter how popular or unpopular it is.

I urge you all to go to Moslereconomics.com go back 4 to 5 years and see for yourself how these tactics are used. Mike Norman telling people the great unwinding has begun, The dollar will collapse etc.. You dont need to take my word for it. I am just the messenger.