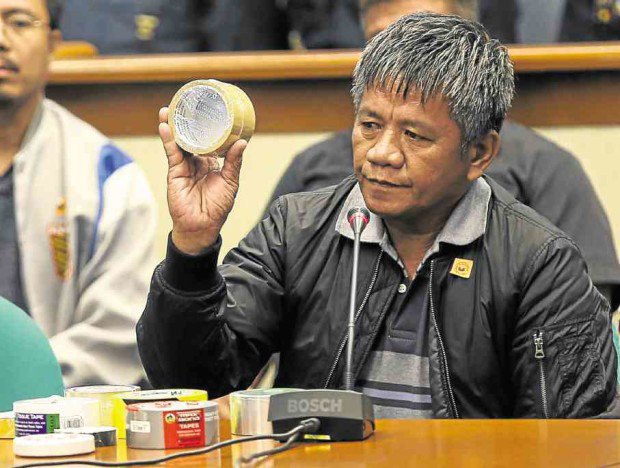 If you remember the movie True Lies where Arnold Schwarzenegger was an international spy pretending to be a computer salesman, there was a character there played by Bill Paxton who was a used car salesman who pretended to be an international spy.
The used car salesman had a boring life and he wanted to get girls by pretending to live the life of someone who does covert missions and is always in danger due to his “patriotic job.”

THIS SEEMS TO BE THE STORY OF EDGAR MATOBATO.

He’s a boring ordinary fishmonger who dabbles in selling real estate whose life is so boring that he wants to gain respect within his little hood by pretending to everyone that he is a member of a vigilante group.

Well, real members of any vigilante group wouldn’t tell other people in their little community that they were members of such a group.
But the independent investigations done by a few reporters shows that Matobato was always bragging to others that he was with the DDS and always tried to pull rank within his neighborhood by mentioning that he was in the group.

He probably felt like such a loser that touting himself as a vigilante allowed him to present himself to people as being someone with the power to kill. “Don’t mess with me, I’m with the DDS!”
It may actually be revealed in due course that Matobato is nothing but a deluded loser who just wanted people in his tiny community to respect him by building himself up as being a vigilante and he repeated it to himself too often that he believed in his own myth…