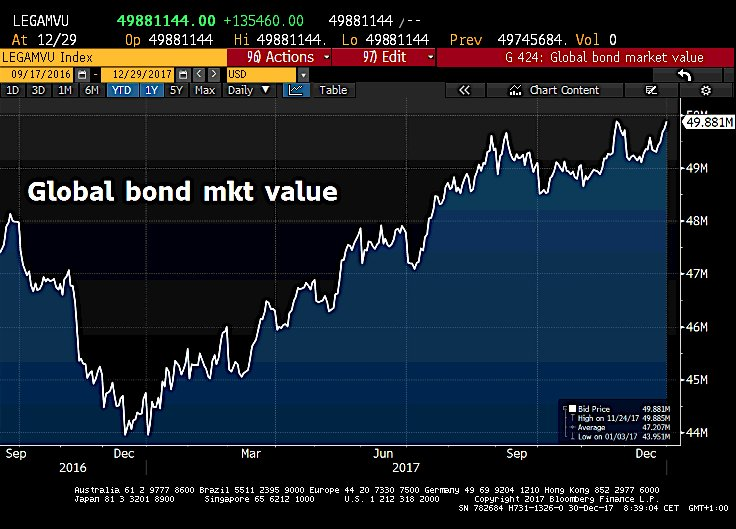 I want you to think about it for a second. there are roughly $130 trillion of unproductive savings making capital with capital (The bad kind of capitalism) just in these two markets alone. Instead of blaming the rich with pitchforks, hatred, and fists up in the air and whining. Think of a way to find a viable solution to fix the Savings Bubble that exists today. My proposal is simple, reduce work hours for all over a course of a year in order to create human labor scarcity. Only under these conditions can you get real wage growth-inflation as Businesses fight to attract good employees. A Moral solution that benefits all by keeping everyone employed in their field of expertise, more time with their families, with more discretionary income, more consumption, (70% of GDP) less private debt, more savings which means a bigger % cut for all from the savings bubble.

On the flipside of the coin. Employees (who are the customer’s same people) will consume more which means more revenue, more profits with an incentive to reinvest their profits back into the functional economy instead of the Non-functional economy pumping the unproductive Savings Bubble making capital with capital for the top 5% while the other 95% struggle to survive with increasing debt bubble the opposite of Savings bubble double, simple entry accounting.

Alternatively, we can keep this Savings bubble game going with more deficits, more private debt-money creation, and more inequality. Let the peasants come up with stupid meaningless solutions let them all fight over political talking points like minimum wage, tax the evil rich, ridiculous UBI and Soviet Style Job Guarantee (JG) to segregate, stigmatize the few into undignified labor camp jobs, while the rest with jobs are forced to work harder for less and less money because there is a line out the door full of untouchable JG ers waiting to take your place to and help push wages lower so companies can keep costs down and profits up to run out and speculate in the Savings buble and give Dividents to their friend the shareholders.

The choice is yours. Happy New Year!