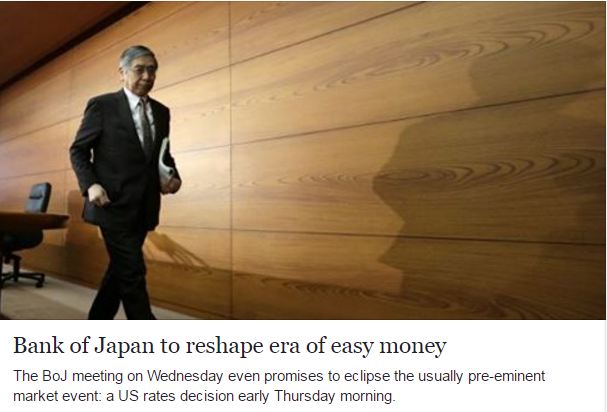 LOL! “Easy money” It is unbelievable to me how these central bankers are so clueless! It scares me in the sense that I feel like I am the one who is wrong and crazy rather than them! I can’t possibly be this arrogant to believe I am right and they are wrong. Right? Than I open up a few charts, put on my MMT hat and everything makes sense again. I am not arrogant, because the results of their failed policies are are self evident and right in front of my face.

” In October 2014, he doubled down on so-called “qualitative and quantitative easing”

Meaning, they doubled down on a deflationary policy! By removing interest paying income from the private sector to the Central bank.

Ms King said, it’s possible that the banks also cuts the official rate another 10 basis points, taking it to -0.2 per cent. “Although this has negative implications for banks, the hope is that the steeper curve allows bank net interest margins some relief,”

Yet again! Deflationary policy adding a tax to savings and putting a strain on the banking system. As I recently posted, there is early evidence now, that negative rates are actually increasing people’s willingness to save. Double Whammy!

Clearly everything on the table talked about are even more failed deflationary policies. Which made me giggle when I saw the head line “era of easy money”. SIGH!!!

If they even in the slightest way, implement a sliver of inflationary policy this week, JPY will TANK! Though I feel more like a gambler rather than an investor hoping that will be the case this week.

In conclusion, the fact is Central banks have run out of bullets with their current line of thinking. As far as I can tell, they have exhausted their abilities which leaves us with only possible REAL solution of massive and I mean Massive! Fiscal Deficit policies. Which I don’t see a willingness for any politician retards to implement. Thus, forcing me to be in the sideways for extended period of time to bearish camp. Bearish in the sense that if this keeps up long enough, the EZ will start to disintegrate sucking the rest of the World down with it. Allowing Portugal to deficit spend -9% is a sign for a glimmer of hope, but not enough to hang my hat on. This is more big picture thoughts rather than anything that would do short term in my QMMT portfolio. Peace!

One thought on “LOL! “Easy money” It is unbelievable to me how these central bankers are so clueless!”