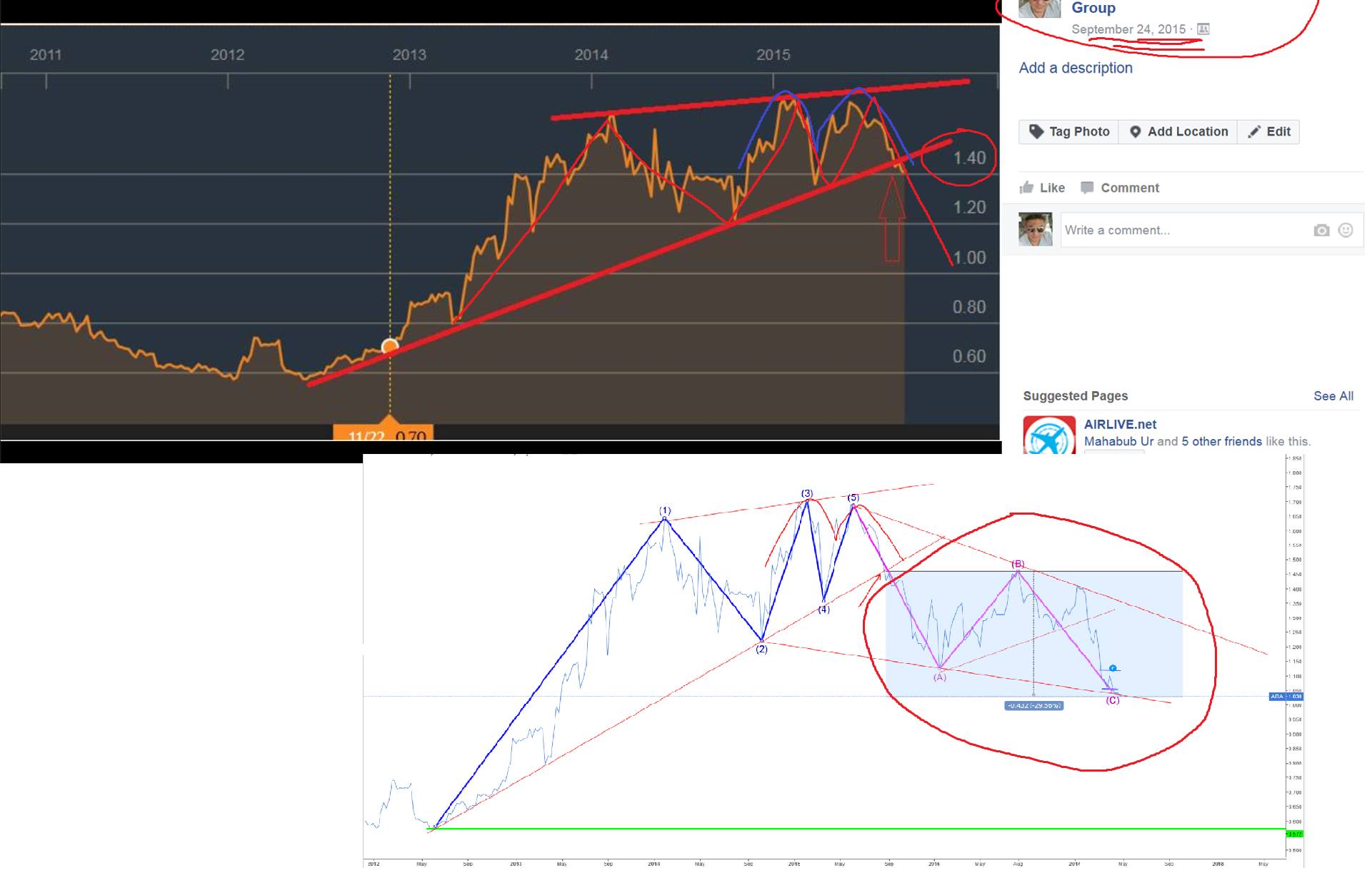 Often when I talk about waves and charts, I emphasize that the intent of learning waves and structures is NOT to day trade or trade sort term. The ultimate goal is to to trade long term. The only reason I teach shorter time trades, is to teach you concept and application faster. To give you the confidence to later use it on larger and larger time horizons with less a less trading and time spend in front of a computer screen.

As I said before, I prefer longer term trades with bigger rewards. The chart below is another example who I like to invest. Back on Sept 2015, I posted a chart to my fellow pilots who had invested in our airline. At the time Oil was falling and people were trying to sell me cute stories and argued that lower oil prices are bullish for the airline stock. The basically said I didn’t have a clue as to what I was talking about.

As you can see today, they all lost 30% of their money while locking up their hard earned money for year and a half and I am sure far longer practicing “Mental Game”.

Moral of the story is. Everything in the charts below is what I have been showing you over and over and over again ever since I went freestyle. Never EVER trade cute stories because they sound good or seem to be logical without Bare Knuckle Charting! Keep learning, keep practicing, keep following, and eventually you will know how to objective, and habitually make money in investing. 30% in a year and half is not a bad ROI. Wouldn’t you agree?