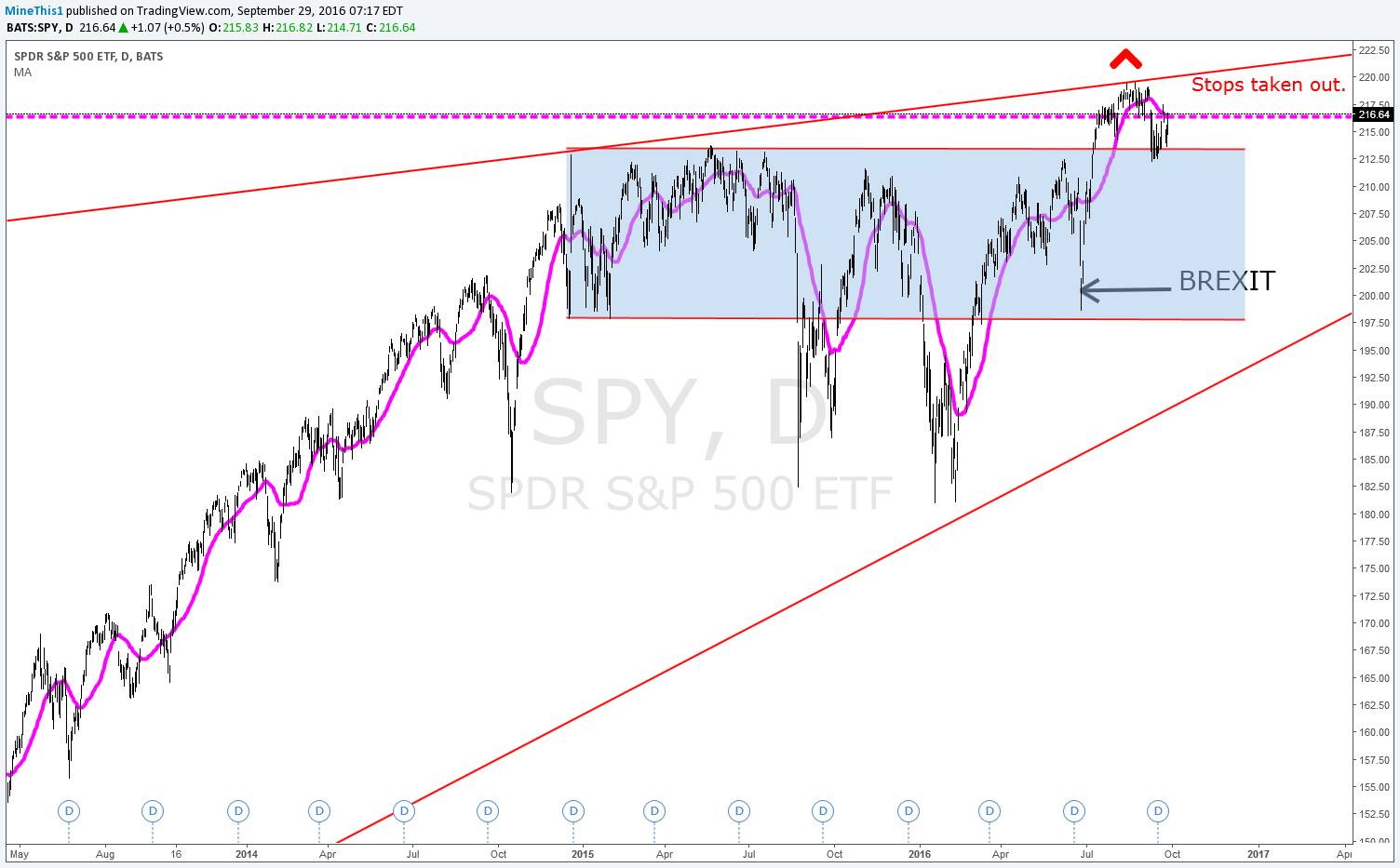 Two words tell us all we need to know. “Current Levels”. Once again more of the same. Surprise! No one is willing to do anything to increase inflation. They are content with the way things are. They are like a dear in headlights. FED, BOJ same. But what about investors? Going on almost two years without a trend are wearing them out. I suspect they will sell it off on some stupid news, buy it up again on some other stupid news and more of the same.Sideways. Which has been my stance on the market.

Yes it is good we did not shut down the Gov’t. the resolution contained a few billion extra for block ops stuff, probably good for the war machine stocks. But nothing that would convenience me we are about to start a new sustained uptrend. Can we drift higher? Sure anything is possible it’s the market, but fundamentally with MMT glasses on I don’t see it.
As I mentioned before, oil moving up and sustaining above $50 would be a good step in the right direction for the Global economy. But will the agreement hold? Will demand hold or increase? Will the dollar strengthen on some DB crash, Lehman brother moment news? Who knows? Than we have Iran. Not a secrete that Iranians absolutely hate the Saudis. They have been fucking with them first with Bahrain, then with Yemen, recently Oil production. I would lean on the side that Iranians will giving them the finger and keep pumping. On the other hand they are reaching their pre embargo oil output levels, so there is still some room to increase, but limited. On a technical level $SPX on a 1 hour chart, found resistance at the descending trend line which is now forming another wedge formation right below the previous F flag. On a Weekly Chart we have a house roof forming, usually bearish formation. After BREXIT we pushed higher, took out some tops and stalled. If we don’t see higher price action soon, investors will get frustrated and nervous and just sell, hence the term “from failed moves come fast moves in the opposite direction.” At this point it is a real possibility in my view. One final chart, $USDSAR is still elevated after the “agreement”. SAR is the Saudi Rial which is pegged to the USD. As you can see the Saudis are having a tough time keeping the peg. Speculators, (me included), see a nice risk/reward that the SAR will lose the peg to the dollar. If we are wrong, 3.75 will remain, if we are right 30 to 50% gains. I’ll take that bet all day long!

So there you have it. Portfolio moves in the next post. 😉